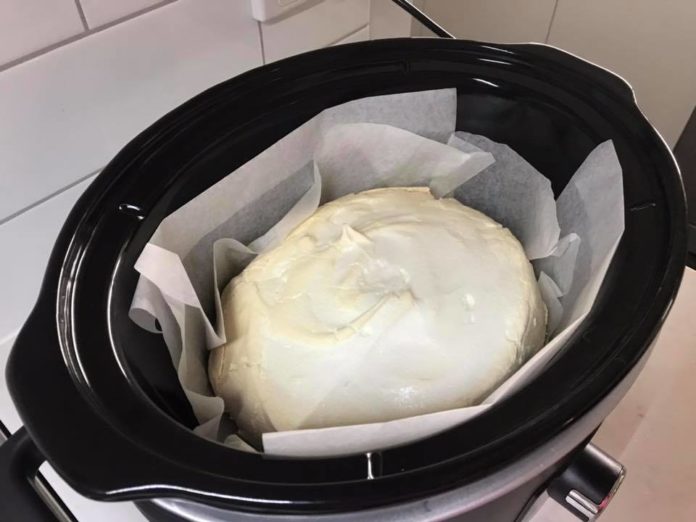 Directions:
Beat whites till soft peaks and gradually add the sugar a few spoons at a time slowly, making sure it’s fully dissolved. This can take 15 mins.
Once mixed fully, fold in the cornflour and vinegar.
Line your slow cooker with baking paper and lightly grease.
Spoon the meringue into a round and bake on low with a dry tea towel under the lid for approx 1 and a half to 2 hours or when top is slightly firm to touch.

Turn slow cooker off and remove lid and tea towel and let cool in slow cooker.
Decorate as desired.

Whipped Cream an any fruits you like to decorate ..

Put baking paper in slow cooker and pour it in.use tea towel to cover before you put the lid back.

Once it done just leave it in slow cooker until cool down ..